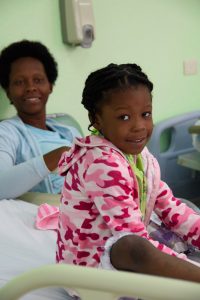 “I saw into her future. That’s why I’m finally doing something about it.” Wendy’s mom had postponed her 5-year-old daughter’s cardiac surgery since her diagnosis at 2 months of age. Doctors told her to hold off on the surgery until she was 6 months old. She returned, and they said wait a year. Then again another year. “All the delays, I thought, it can’t be so bad afterall. So I stopped going,” explained Wendy’s mom Fedline on August 30, 2016, just before her surgery at Robert Reid Cabral Hospital in Santo Domingo, Dominican Republic. 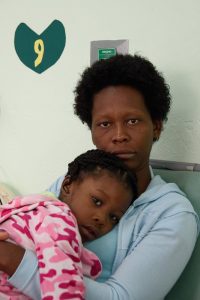 During most of her stay on the cardiology floor, Wendy is rapt in a video game. Beside her lay a neglected doll, unsurprisingly named “muñeca,” Spanish for “doll.” Back home in Los Frailes Segundo, just outside of Santo Domingo, Wendy’s grandmother is feeling the effects of neglecting the cardiac condition they both share. “Seeing my mom’s health decline these days, that’s what convinced me to bring Wendy back for the first time in 4 years. I thought, I don’t want that for my daughter. So here I am.” 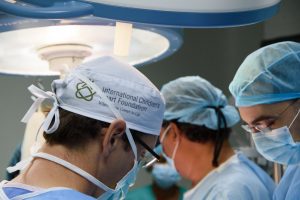 Wendy entered the operating room at 9:45AM on a Tuesday to have her transitional atrioventricular canal repaired. She was placed on bypass at 11:22AM for a total of 74 minutes and underwent a successful and uneventful procedure. Wendy made it to ICU by 2PM, and graduated to the cardiology floor less than 20 hours later. About ICHF donors, staff, volunteers, and local partners, Wendy’s mom said, “I can’t put into words how grateful I am for everything that they do.” 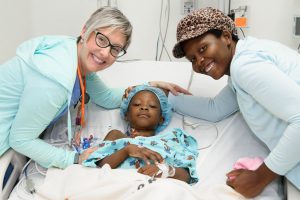